HomePublicationsWhither Financial Inclusion? Performance of Bangladesh in the 2017 Global Findex

Whither Financial Inclusion? Performance of Bangladesh in the 2017 Global Findex 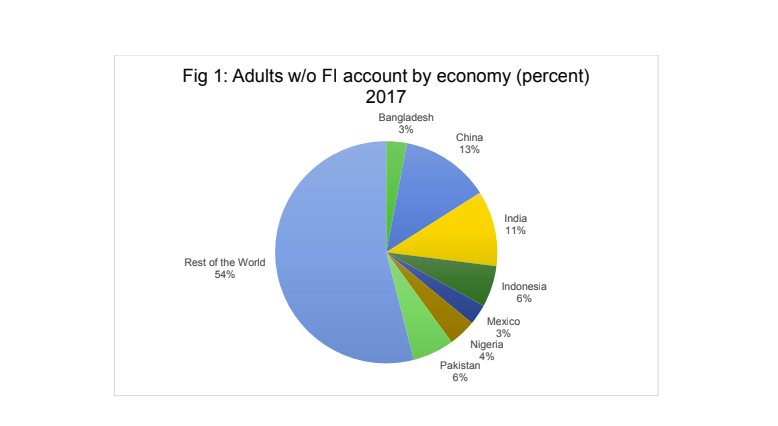 On April 19, 2018, the third Global Findex Database was released by the World Bank at the Bank’s Spring Meetings. According to CGAP, this dataset is “the financial inclusion community’s best demand-side measure of financial inclusion globally.” Launched with funding from the Bill & Melinda Gates Foundation, the Findex database now has three years of time series data available, for 2011, 2014, and 2017, which can tell a compelling tale on access to financial services over the past 6 years. Conducted in collaboration with Gallup Inc., the research consists of nationally representative surveys of more than 150,000 adults, age 15 and above, in over 140 countries. This article is based on the final dataset that is publicly available on the World Bank Group website. Overall, the dataset points to an increasingly inclusive financial world that is also transitioning to a digital economy. Bangladesh, too, made impressive gains in certain yardsticks for financial inclusion based on this dataset. For instance, the share of people with financial accounts increased from 29 percent to 41 percent, in three years. However, following a critical analysis, the author suggested all stakeholders involved in financial inclusion to prioritize the focus on the usage of accounts. It is only when people are actively using their accounts will we have meaningful financial inclusion, and the impact of ongoing efforts will be fully realized.